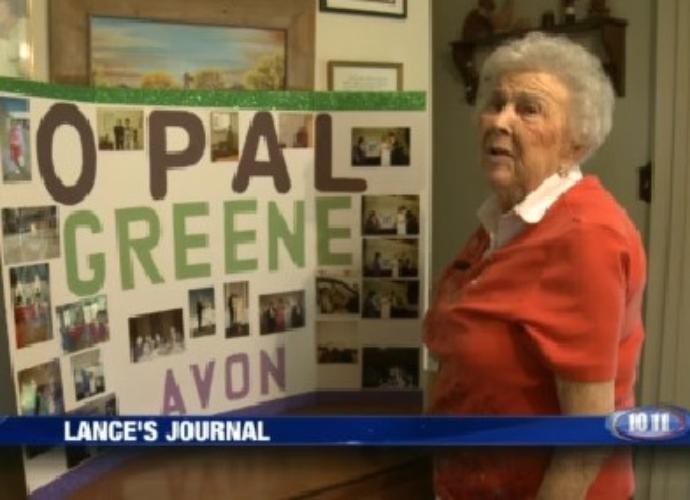 Opal Greene has been a true survivor ever since she was born in 1922.

To the people who admire her, it’s no surprise at all that she’s still selling Avon products at 94 years of age.

Opal proclaims, “It was on July the tenth, 1962, when I was appointed.

Opal was 40 years old and officially a full-fledged Avon representative in Columbus, “When I started out I had one brochure.”

Sometimes opal has her customers come over to her house to pick up their product and other times, Opal still delivers their orders.

Growing up in Columbus, Opal’s boy was known as, ‘The Avon Lady’s son.’

Bill knows his mother is a rare breed indeed, “I’m just so proud that she’s still doing and as active as she is at 94, she’s a very determined lady.

Opal didn’t hesitate one second when asked about what was her favorite part of being an Avon lady?, “It’s the people. I love ’em and I know a lot of ’em, like my friend here, loves me. It’s just a way of life, it’s what’s kept me going.”