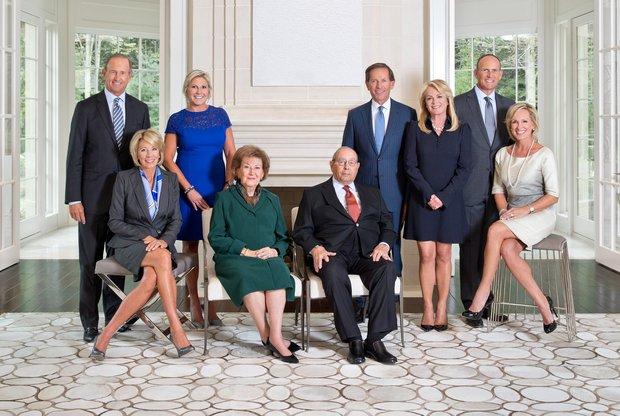 The DeVos family: Rich and Helen in the middle. Dick and Betsy on the left. Cheri (next to Dick in the blue dress); Dan and Pamella, and Doug and Maria (sitting). (Courtesy photo)
The DeVos family and its professional basketball team, the Orlando Magic, together donated $500,000 to help the families of the mass shooting at the Pulse nightclub.

The West Michigan family contributed $400,000, while the Magic gave $100,000 to the OneOrlando Fund, a nonprofit created to help families impacted by the death of 49 people inside the gay bar, reports the Orlando Sentinel.

Before he was killed by police, Omar Mateen killed 49 people and injured dozens more in the attack at the gay nightclub early Sunday morning.

The family headed by Amway co-founder Rich DeVos has a reputation as being anti-gay because the millions of dollars donated by family members to fight the legalization of gay marriage.

The West Michigan family, whose fortune is funded through the privately owned direct sales giant, also have a history of giving to Orlando causes.

The $400,000 donation came from the family’s foundations, a Amway spokesman told MLive and The Grand Rapids Press.