Gill Stapleton Will Run Her Tenth Marahon This Year 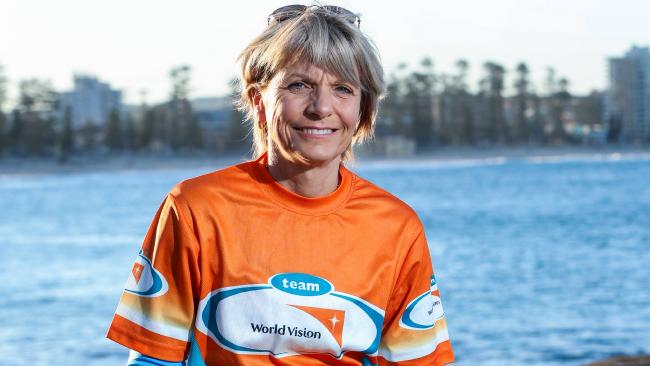 SHE only took up running at age 47 but Gill Stapleton is preparing for her 10th ­marathon in 10 years.

After tackling nine marathons – including the bombed Boston event in 2013 – the 57-year old businesswoman will run alongside her two children after being inspired by a woman who lives in Africa whom she has never even met.

Mrs Stapleton’s daughter Shelby, 29, works for World Vision. When she travelled to Kenya she met Jane, a 25-year-old woman whose life was transformed thanks to the modern, lightweight wheelchair given to her by the charity.

Child “sacrifice” is also a big problem in the country – when children are kidnapped for their organs by “witch doctors”.

Mrs Stapleton, of Seaforth, Shelby, and son Ben, 27, who lives in London, will run the New York City Marathon in November and hope to raise $14,000 for the World Vision.

Jane would be in their minds as they took on the epic run, Mrs Stapleton said.

“Listening to Shelby talk so passionately about how training and support has empowered Jane to aim to be the first woman with a disability in Parliament in Kenya, we had to help raise money so other young women like her could be ­protected and empowered,” she said.

Mrs Stapleton, executive director of Direct Selling Australia, originally from Dorset in the UK, has ­travelled the world running marathons with her pal Helen Carmody, 57, of Melbourne.

She had never run before tackling the 9km Bridge Run a decade ago – and the pair later ran a half-marathon before deciding to go one step further.

“We stupidly had a couple of champagnes and said ‘let’s run a marathon’,” Mrs Stapleton said.

That included the 2013 Boston Marathon, where two bombs hidden at the finish line killed three people and injured hundreds – including 16 people who lost limbs.

“We were 700m from the finish line,” Mrs Stapleton said. “We didn’t see anything – you have a couple of corners to go.

“Somebody said, ‘Don’t worry there’s been an explosion’. We thought it was a bomb in a litter bin or ­something.

“Nobody had ever associated a bomb with a marathon.

“Then the Americans started saying, ‘We think there’s been a bomb at the finish line’.

“From then on it was dreadful. It was not a nice experience but we were lucky, none of us got hurt.”

Mrs Stapleton returned to Boston the following year, which she said was an emotional experience.

“I ran it in floods of tears,” she said.She said it was never too late to get into running and advised anybody who wanted to try it to join a group and start slowly.

“I believe I’ve added years on to my life,” she said.

“I’m stronger, more resilient. If I can run a marathon, I can cope with anything.”