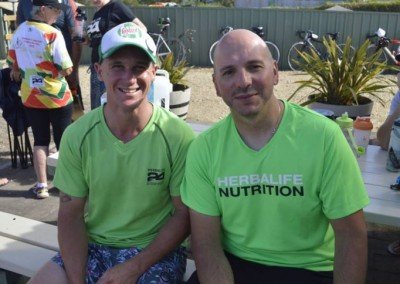 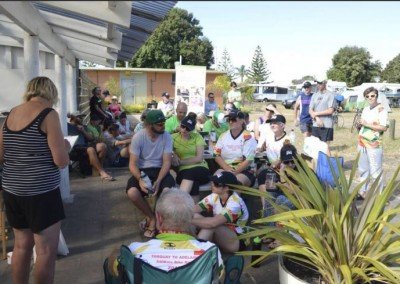 OVER 30 avid cyclists stopped over in Kingston yesterday on their way to Adelaide to raise money for youth health services.

Global nutrition company Herbalife is supporting the group of cyclists through a gruelling 850km bike ride from Torquay, Victoria to Adelaide with the goal of raising over $100,000 for the Herbalife Family Foundation.

Leaving Torquay on Saturday, the team made their way through Mortlake and Casterton before stopping in Kingston and will continue on to Meningie and Strathalbyn. The group plan to arrive in Adelaide on Thursday.

Kingston mayor Reg Lyon greeted the group as they arrived at the Kingston Caravan Park yesterday afternoon and congratulated the riders on their efforts and wished them well for the rest of their journey.

“We were expecting 31 degrees (riding to Kingston), all of a sudden we could see the dark (rain) clouds…it wasn’t forecast and we don’t know where they came from,” he said.

Kevin said the ride was carefully structured but had had its challenges along the way and had pushed riders to their limits.

“We have to go from place to place, because of the amount of us we can’t just take a punt (on distance).

“In general, the ride has been a lot better than previous years,” he said. “But on Sunday we were to climb a massive hill and it was quite challenging because we had a lot of headwind and it was quite hot, around 39 degrees. 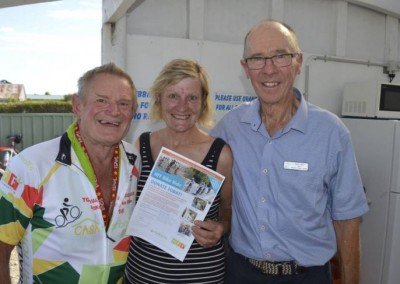 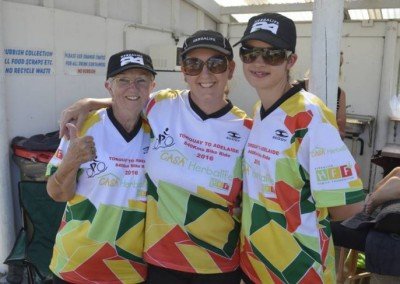 “A lot of guys including myself just said ‘The hill’s out’ because we’ve still got a long journey to go.

“You just need to realise what you are capable of and what you’re not capable of.”

Support for the Herbalife Family Foundation has remained strong before and during the ride, and Kevin estimated the group had raised around $46,000 by the time they rolled into Kingston.

Kevin said the ride had been one to remember.

“The ride has worked well, the distances between towns and the terrain…it all seems to work,” he said.

“All our journey is through lovely scenery, especially when we came across the border and came through Penola…it’s just beautiful.”