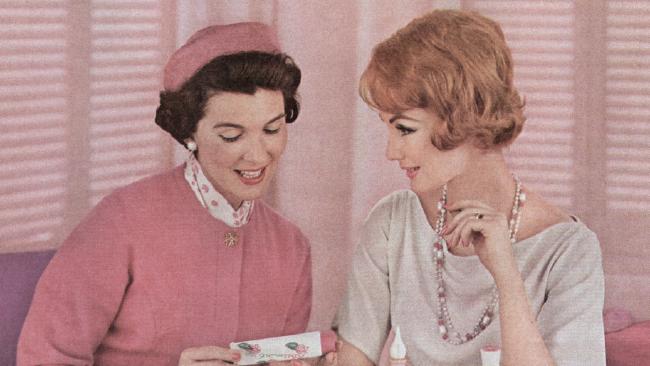 Nobody likes a before and after photo more than me. March love handles turned taut by July; pre-treated carpet stains alongside post-application magic; bad skin turned blemish-free and now, thanks to Thermomix, a heap of pantry staples turned into a meal in minutes.

Want to know where to get one? Have a party and find out as the German cooking contraption can only be bought through demonstrations hosted by an independent consultant who works when­ever, and with whomever, they want. It’s direct selling and has been coming to a place near you since the Avon ladies began knocking on doors over a century ago. Fun! Free! Flexible! Be part of a community and be your own boss. If it sounds like I’m selling you something, I am: the dream.

Direct selling is a channel whereby products are marketed to consumers with no third-party middleman. For these companies, enlisting independent sellers to market their products means reaching wider markets with less risk. “It rewards independent dis­tributors for selling a product, or finding people who themselves sell a product. The sale of the product can take place in many ways: it can be at a party, it could be in a workplace or increasingly is online. All sellers have to purchase a modestly priced starter kit of product,” says Gillian Stapleton of the Direct Selling Association of Australia. A multi-level marketing model, sellers receive a commission from the product sales of their recruits and so forth down the line.

San Francisco-based Rodan + Fields was founded by successful dermatologists in 2015 and is now the number two premium skincare brand in the US with a reported net revenue of $US636.9 million ($837m). Rodan + Fields tried selling in department stores but the complex ­regime ­required a demonstration and the traditional marketing just wasn’t working, so it crossed over to direct selling. The whole “friend of a friend of a friend” thing has made millionaires of the founders.

Initially flogged as a path to financial independence whereby women could manage their own businesses while their husbands went to work, direct selling is still a female domain.

Entrepreneurship! Be your own boss! Be part of a community! It’s all very “empowering”, right up until the patronising product mix being peddled: cosmetics, cleaning products, household goods and jewellery. “Yes, the industry is still very female-focused,” says Stapleton. “Traditionally, women have embraced the flexibility and social aspects of direct selling businesses but this is changing thanks to the entrepreneurial spirit of the millennial generation. Direct selling companies are embracing this through product diversity as they look to achieve a more balanced gender mix,” she says, referring to ­nutritional supplements and therapeutics like Herbalife, popular with both men and women. “If you’re worried about job ­security, interested in extra ­income opportunities or looking for a change in your professional career, your worries stop here. ­Isagenix can help you redefine your life,” say Washington-based Kelley and Tyler D, who share their millionaire success story on the meal replacement product’s website. Kelly spent her days running after her three young children while Tyler spent most of his time at the office — until Kelley discovered Isagenix. After 30 days of the cleansing and fat-burning system, Kelley felt amazing, started spreading the news to her “tired mommy” friends and can now earn more than $700,000 a year. They thank “God, family and then Isagenix”.

Cynicism aside, consumers are more savvy than they get credit for. According to a 2013 Deloitte Access Report: “Key nega­tive perceptions of ‘high pressure selling’ and ‘pyramid schemes’ are misplaced.” Lainie Coombes of Project PR has been to demon­strations for Thermomix, Enjo cleaning products and Intimo lingerie and says she never felt pressure to buy. “I’m a new mum running a staffed office so purchased from Intimo out of convenience. There’s an online catalogue too so I can contact my representative off my own ­accord,” Coombes says.

Traditional models of direct selling are face-to-face group contexts but if companies reject digital they risk falling behind. According to a 2016 Isentia study, 65 per cent of direct sellers are less than 45 years old. This lends itself to a digitally aware demographic who have embraced social selling by way of Facebook live parties, ­Instagram and hosted websites that can still foster a good rapport despite not being face-to-face. “With millennials increasingly starting direct selling businesses, they are bringing their skills and love of social media with them,” says Stapleton. There’s a sense of ownership as they are not mere employees but responsible for marketing, promotion and networking.

After success using Rodan + Field skincare (she bought it from an American friend), Rachelle Dzienciol pre-enrolled to become a consultant when it launched in Australia this year. While there have been initial seminars, Australian prices are yet to be confirmed but in the US one-off enrolment kits range from $US395-$US995. Representatives pay $US25 a month to cover company overheads like distribution costs and a negotiable amount of $US80 a month on product (this amount can be ­deducted from retail sales). “Some people are sceptical but it’s had enormous success in the US,” Dzienciol says. “I will probably have a few parties to get the word out but will do everything mostly via social media. I’ll have a website but do not hold any inventory; the product is dispatched ­directly from the company to the customer. I don’t have to worry about anything like that, they do all the admin. You can say there’s an upline but anyone that I sponsor is their own boss. I sign up someone below me and get a percentage of their sales and so forth.” It’s been lucrative for many US sellers, with incentives, bonuses and rewards for financial milestones including Lexus SUVs and travel perks.

While it still operates under a direct selling model, Rodan + Fields distanced itself from the ­Direct Selling Association in the US this year, opting not to renew its membership (it will remain in Australia). The decision was made in light of the US Federal Trade Commission’s close scrutiny of multi-level marketing companies. Last year Herbalife paid a $US200mn settlement in a ­consumer protection case after ­allegations of deceptive misconduct, and in 2015 Isagenix was deemed misleading by consumer group Choice because of its peer-to-peer promotion by associates ill-equipped to dispense health or ­nutritional advice.

Despite the slew of newcomers, Amway and Avon are still considered among the most successful and respected direct sellers in the world, the latter with 6 million ­active independent sales representatives. Great potential earnings, flexible hours, training and support. Maybe I’ll sign up.

Link to Article
Author: Carli Philips
Publication: The Australian
Photo: An Avon ad from 1962. The cosmetics brand is a pioneer of direct selling.