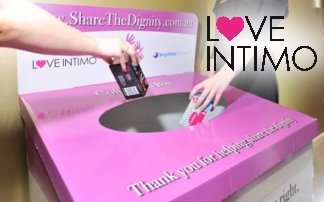 This month is Domestic Violence Awareness month, and Intimo will be showing their support by donating 10% of sales made at fundraising Styling Sessions throughout April. The collected funds will be donated to two charities that are working to End the Silence‬; “Share the Dignity” & “Women’s Refuge in New Zealand”.

Local businesses are collecting donations this month for a charity that helps women in need keep clean and comfortable during their periods.

Homeless women and women at-risk, such as those experiencing family violence, are often in a position that forces them to choose between buying sanitary products, or buying food for themselves or their family.

Share the Dignity collects pads, tampons and other sanitary products to give to such women in need.

“You think of homelessness and you think of food and warm clothing, you don’t think about that time of the month,” Ms Quinn said.

Brazilian Beauty is one of the Bendigo businesses acting as a drop-off point for donations.

Franchisee Sandra Campbell said she could empathise with the need for women to have sanitary items at their disposal each month.

“If they can provide a bit of comfort, a bit of dignity, some alleviation of financial stress for even a month, it’s worth the effort from all of us,” Ms Campbell said.

Donations collected in Bendigo are given to women in the area through local charities and organisations.

The charity met with a strong response locally last year.

“There were times when I’d go out or get up in the morning and there would be masses of products on the doorstep,” she said.

She said the charity suggested women buy an extra packet of tampons or pads when purchasing their own.

This drive hopes to collect 500,000 packets of pads and tampons nationwide, after last August’s collection – only the second the fledgling charity had held – saw the donation of 150,000 packets.

Ms Quinn hopes to at least double the 400 packets that were given in Bendigo last August, the first local drive.

This month’s collection started with donations and a fundraiser supported by Intimo at Axedale on Friday, April 1.

The charity was founded by Brisbane woman Rochelle Courtenay last year after she learnt homeless women were using newspaper and toilet paper in lieu of the sanitary products they could not afford.

According to Share the Dignity, pads and tampons are often the last items to be donated to shelters, but the first to be taken.

The major collection drives are held in April and August.

Other collection points in Bendigo include the Australian Hearing Hub on Queen Street, Fernwood on Hargreaves Street and Coles stores. 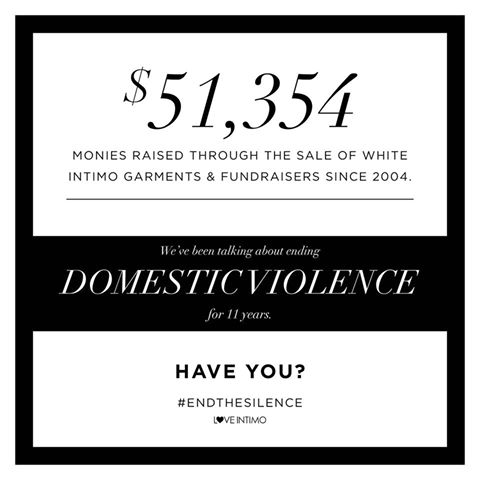 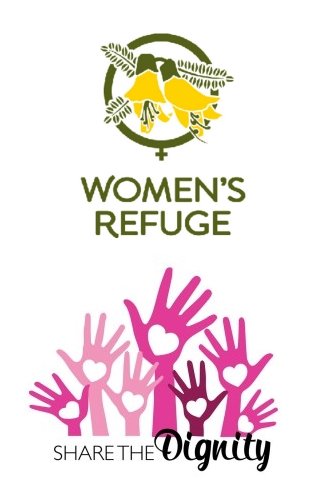 Share the Dignity
Share the Dignity was started in Brisbane when it was read by Rochelle an article on Mia Freedman’s page early in the year of 2015. Rochelle decided to do something about it. The first collection of 1st March had the local community, friends, family and local businesses come together collecting over 500 pads and tampons. We were thrilled getting them out to some local great Brisbane charities that we knew women would benefit from. We had just 100 pads and tampons left when our neighbour Vanuatu went into crisis so we bundled them off and got them off to the relief team that were heading over there.

Not long after that we were contacted by a few Domestic violence shelters if we had anymore sanitary items but we had to say NO. We never want to have to say no again! With our second collection date on 1st August, 2015 we have been overwhelmed by the women of Australia and their passion to help share the dignity has seen us aiming for a collection of over 10,000 pads and tampons.
We will have collection dates for April and August 2016 already knowing that we hope for 500 collection points in Australia.

Women’s Refuge in New Zealand
Women’s Refuge is New Zealand’s largest non government organisation dedicated to the prevention of domestic violence. We have 45 affiliated Women’s Refuges throughout New Zealand under an umbrella – the National Collective of Independant Women’s Refuges. We deal not only with safe housing for women and children in crisis but we also support women living in the community. We respond to a call to our helpline (0800 REFUGE) every 9 minutes.